Malaysian Government working with DARPA( Department of Advance Research Project Agency) to control its own citizens.  It used to be that your privacy was invaded by people entering your home and going through your personal possessions or by intercepting and reading your mail. Then they invaded your private cyberspace. Now they are openly preparing you for then next assault — invading the privacy of your mind.
Posted by Mind control at 10:58 AM No comments:

These are the technic use by MALAYSIAN government to deceive Malaysian Citizens. its top secret Military and Police and you can say Malaysia top secret agencies using these technology.
Posted by Mind control at 5:38 PM No comments:

Ramblings of a Targeted Individual: My Spiritual Belief

Ramblings of a Targeted Individual: My Spiritual Belief: There appears to be some controversy and a lot of judgments surrounding me, WHILE I am still being targeted - tortured with microwave and p...

Mind control” is a topic commonly perceived as “conspiracy theory” or “X-Files” fare. That is, it is seen as possibly not “real,” and certainly not something about which one should be “overly” concerned.
This attitude at least partially arises from the widespread belief or assumption that the human brain is so complicated—(“the most complex entity in the universe” is a common formulation)—that it has not, and perhaps cannot, be comprehended in any depth.
One writer, for example, describes the brain as of “perhaps infinite” complexity,[1] while another, David Brooks of the New York Times, writes that it is “probably impossible” that “a map of brain activity” could reveal mental states such as emotions and desires.[2]
Similarly, Andrew Sullivan, blogger and former editor of The New Republic, opines that neuroscience is still in its “infancy,” and that we have only begun “scratching the surface” of the human brain, and links to a New Yorker piece in support of that position.[3]   read more here:-
http://www.veteranstoday.com/2014/01/13/mind-control-in-the-21st-century-science-fiction-beyond/

Posted by Mind control at 3:25 PM No comments:

The Burden of Proof: 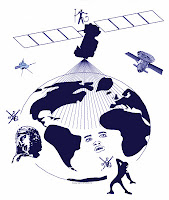 Thus far the burden of providing proof, and of exposing the crimes of technological targeting and covert harassment, has fallen upon the weary tortured shoulders of Primary Targeted Individuals, as if we do not already have too much to deal with.

I feel that, in order for this critical situation to begin being remedied for ALL of humanity, the rest of humanity is going to have to find the HEART to take on more of that burden.

Every Primary Targeted Individual is surrounded by witnesses - we are all surrounded by friends and family members who have witnessed unusual chains of odd events like brake failures on vehicles, tire blow outs, belongings moved in homes, unexplainable medical problems, unusual chains of deaths, unusual emotional swings, constant chaos at strategic times...etc. The problem right now is that they are unaware mind control victims. Some have even been recruited into the targeting program.
These witnesses are being called to find the HEART and the courage to stand up and prove these crimes to the rest of humanity.
I believe that more of them will stand with us, instead of with the criminals who are targeting humanity, as soon as the main stream media starts exposing the technologies that are being criminally used on ALL of us.

Posted by Mind control at 11:34 AM No comments:

for all Malaysians and all who love fellow humans, Malaysian Government using Neurology weapons to control human mind.
Posted by Mind control at 11:14 AM No comments:

The Cooking of Humanity

The danger of microwave and electronic harassment on woman and children.


Barrie Trower Autobiography
I trained at the Government's Microwave Warfare establishment in [the] 60’s. I worked with the underwater bomb disposal unit, which used microwaves.  read more :-   http://www.stayonthetruth.com/barrie-trower-bio.php#!
Posted by Mind control at 4:10 PM No comments:

Victim of electronic harassment talking about their personal experience how they have being tortured by invisible " BIG BROTHER"  in their respective country.

Malaysian Government has been doing the same cheating and manipulation on its own citizens, I did ask permission from Malaysian Police Department to allow me campaign to the public. til to date neither Malaysian Police or PM office- Public Affairs and Security division (KDN) responded to my request.
Posted by Mind control at 4:02 PM No comments:

How the Government Manipulates Your Thoughts Online | Big Brother Watch


The entire Governments around the wold today or yesterday, has been run on political platform, you can never get the real or factual policy by any government, what we Malaysian would like to see, freedom of information, freedom speech, all the NSA of all government involve in psychological warfare against its own citizens in many forms. Neurology weapon, mind control weapon, non lethal weapon been used on citizens without consent or court order.  www.malaysiamindcontrol.blogspot.com ﻿
Posted by Mind control at 11:31 AM No comments: