Direct Energy Weapon or Non  Lethal Weapons being used in Malaysia, I have send letters to Malaysian Public & Security Affair Department,  and Malaysian Government  refuse to reply my letters.The above History Channels tells what is Micro Wave Technologies.
Posted by Mind control at 11:23 PM No comments:

Mind Control around the world...........I am a victim for almost 40 years in Malaysia. I am demanding Malaysian Government to expose who is behind these crime. its almost one year, Malaysian Prime Ministers office, Ministry of Home Affairs-Public order & Security Division not given me any reply to all my letters.
I strongly SUSPECT all the governments  around the world is using these technology.

The above You Tube gives detail about how these technology is being used.

Targeted Individuals are victims of a Stasi-Decomposition in America brought on by too many wars since 911 with the Patriot Acts I, II now III; The First Patriot Act signed right after 911 was followed by the Space Acts Oct 19, 2001. If you haven't read it please do and spread to all concerned citizens.Recent revelations prove Senate and Sub-Committee members now know it's Fusion Centers and Neighborhood Watch Infra guard type groups targeted Americans placing them on Terrorist Watch Lists. Your Gang Stalkers are COINTELPRO from secret Fusion Center workers, the Police and their Watch Block types and Homeland Security that makes up all agencies in the sky and on the ground. Victim's have National Security letters filed on them in Secret Fisa Courts by Secret Committees (See Top Secret America & The Monitoring of Americans) for the unyielding and out-of-control federal workers due to too much Counter-Terrorism (Cointlepro). This also goes on online from fake bloggers to social networks taken over by NSA groups and data centers among others who purchase our information from secret Fusion Centers.DISCLAIMERThese works are published under the Creative Common Attribution Share-Alike Program and Creative Commons Org. Videos uses copyrighted material in a manner that does not require approval of the copyright holder. It is a fair use under copyright law.Copyright Disclaimer Under Section 107 of the Copyright Act 1976, allowance is made for fair use for purposes such as criticism, comment, news reporting, teaching, scholarship, and research. Fair use is a use permitted by copyright statute that might otherwise be infringing. Non-profit, educational, personal use tips the balance in favor of fair use.I believe this constitutes a "fair use" of any such copyrighted material as provided for in section 107 of the US Copyright Law. In accordance with Title 17 U.S.C. Section 107, the material on this site is distributed without profit for information for research and educational purposes.To the extent possible under law, Lissa has waived all copyright and related or neighboring rights to Activist Education Learning for Humanity Purposes. This work is published from: United States.

Posted by Mind control at 9:39 PM No comments:

One of the greatest human invention to control human brain- that means human life it self can be controlled - a country can be controlled!!!!!!!!!!!!!!!!!!
This is a 3 hour (2 part) documentary film, which took almost a full year to complete. It not only exposes the Secret Society networks that covertly run the entire world, but also the Mind Control and Propaganda used to subvert the every Human Being to their way of thinking. Topics covered in this film range from Secret Societies and Mind Control, to the deliberate dumbing down of the Educational System and finally, the birth of the New World Order. ENJOY !!!
Posted by Mind control at 11:19 PM No comments:

Hacking the Human Brain: The Next Domain of Warfare
By Chloe Diggins and Clint Arizmendi

December 14, 2012 "Wired" -- It’s been fashionable in military circles to talk about cyberspace as a “fifth domain” for warfare, along with land, space, air and sea. But there’s a sixth and arguably more important warfighting domain emerging: the human brain.
This new battlespace is not just about influencing hearts and minds with people seeking information. It’s about involuntarilypenetrating, shaping, and coercing the mind in the ultimate realization of Clausewitz’s definition of war: compelling an adversary to submit to one’s will. And the most powerful tool in this war is brain-computer interface (BCI) technologies, which connect the human brain to devices.
Current BCI work ranges from researchers compiling and interfacing neural data such as in the Human Conectome Projectto work by scientists hardening the human brain against rubber hose cryptanalysis to technologists connecting the brain to robotic systems. While these groups are streamlining the BCI for either security or humanitarian purposes, the reality is that misapplication of such research and technology has significant implications for the future of warfare.
Where BCIs can provide opportunities for injured or disabled soldiers to remain on active duty post-injury, enable paralyzed individuals to use their brain to type, or allow amputees to feel using bionic limbs, they can also be exploited if hacked. BCIs can be used to manipulate … or kill.
Recently, security expert Barnaby Jack demonstrated the vulnerability of biotechnological systems by highlighting how easily pacemakers and implantable cardioverter-defibrillators (ICDs) could be hacked, raising fears about the susceptibility of even life-saving biotechnological implants. This vulnerability could easily be extended to biotechnologies that connect directly to the brain, such as vagus nerve stimulation or deep-brain stimulation.
Outside the body, recent experiments have proven that the brain can control and maneuver quadcopter drones and metal exoskeletons. How long before we harness the power of mind-controlled weaponized drones – or use BCIs to enhance the power, efficiency, and sheer lethality of our soldiers?
Given that military research arms such as the United States’ DARPA are investing in understanding complex neural processes and enhanced threat detection through BCI scan for P300 responses, it seems the marriage between neuroscience and military systems will fundamentally alter the future of conflict.
And it is here that military researchers need to harden the systems that enable military application of BCIs. We need to prevent BCIs from being disrupted or manipulated, and safeguard against the ability of the enemy to hack an individual’s brain.
The possibilities for damage, destruction, and chaos are very real. This could include manipulating a soldier’s BCI during conflict so that s/he were forced to pull the gun trigger on friendlies, install malicious code in his own secure computer system, call in inaccurate coordinates for an air strike, or divulge state secrets to the enemy seemingly voluntarily. Whether an insider has fallen victim to BCI hacking and exploits a system from within, or an external threat is compelled to initiate a physical attack on hard and soft targets, the results would present major complications: in attribution, effectiveness of kinetic operations, and stability of geopolitical relations.
Like every other domain of warfare, the mind as the sixth domain is neither isolated nor removed from other domains; coordinated attacks across all domains will continue to be the norm. It’s just that military and defense thinkers now need to account for the subtleties of the human mind … and our increasing reliance upon the brain-computer interface.
Regardless of how it will look, though, the threat is real and not as far away as we would like – especially now that researchers just discovered a zero-day vulnerability in the brain.
Chloe Diggins and Clint Arizmendi are research & analysis officers at the Australian army’s Land Warfare Studies Centre. The views expressed are their own and do not reflect those of the Australian Department of Defence or the Australian Government.
This article was originally posted at  Wired
Wired.com © 2012 Condé Nast
Posted by Mind control at 10:20 PM No comments: 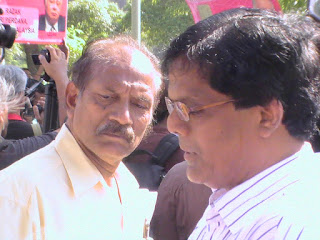 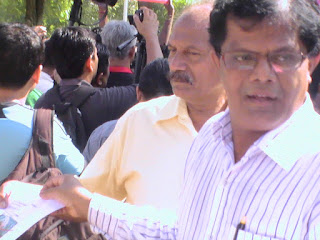 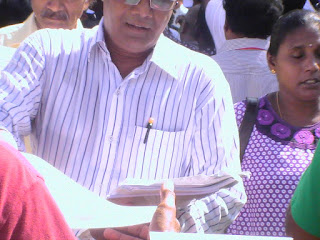 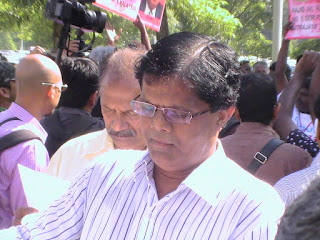 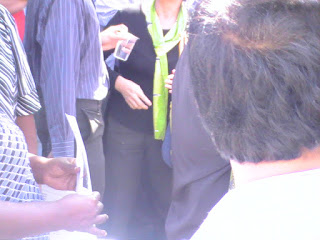 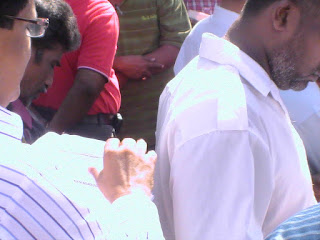 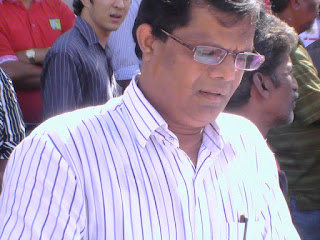 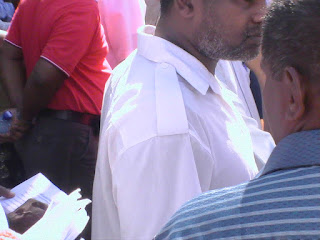 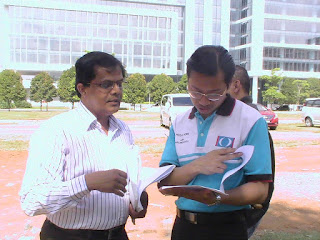 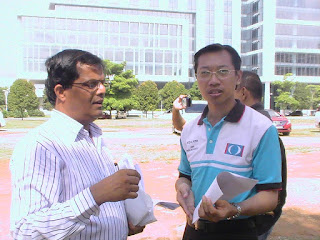 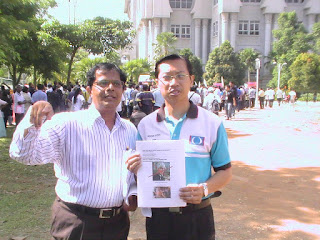 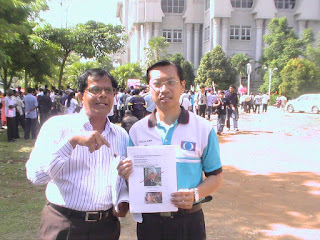 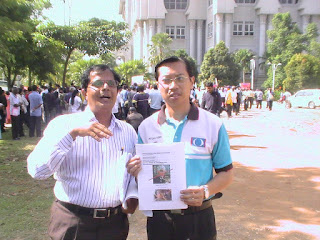 Outside Malaysian Prime Ministers Office.
Posted by Mind control at 11:56 PM No comments:

Charlie Chaplin - Let Us All Unite!

Lets us get united and fight for Human Rights. Let us fight against Electronic harassments and mind control.
Posted by Mind control at 4:25 PM No comments: